As an Amazon Associate I earn from qualifying purchases.


TranslatorX is an extremely powerful tool for Windows, Linux and Mac that allows for rapid parsing of Call Manager traces.  Just point it to the root directory used by RTMT to pull traces and TranslatorX will search all traces in the folder.

You won't have access to this tool (or any others like it) on the CCIE Voice lab or during any other certification exams, but I like to review the traces when doing lab testing in preparation for the CCIE Voice or CCNP Voice certifications.  It goes a long way to help understand how a protocol works - as well as help troubleshoot something that you just swear should be working, but isn't. 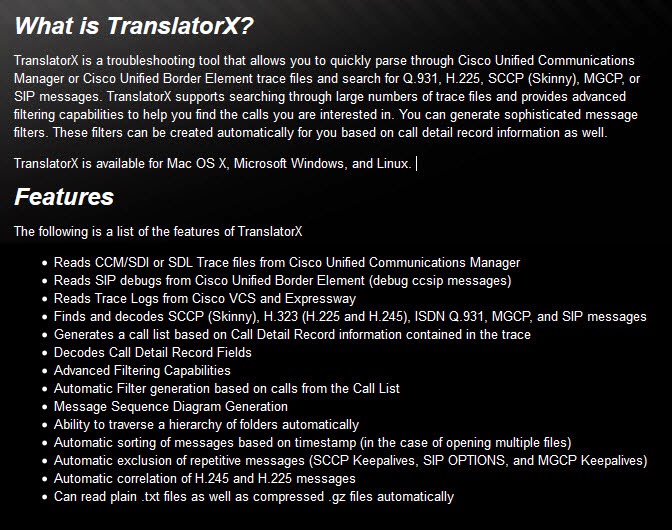 Triple Combo is no longer available. TranslatorX is being actively supported and upgraded - no contest!

Most Popular This Week